Astronauts On The International Space Station Just Got A Big Delivery 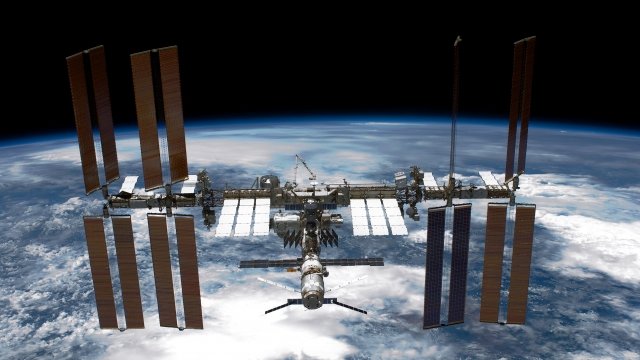 Some of the supplies delivered could help scientists further Parkinson's disease research and help develop therapies.

SpaceX's Dragon capsule made it to the International Space Station carrying some really important things — like ice cream.

The capsule landed early Wednesday and delivered over 3 tons of NASA cargo and research supplies to astronauts on the ISS.

The haul includes supplies for various projects. One experiment aims to grow crystals of a protein believed to be a strong contributor to Parkinson's disease.

Earth's gravity stunts the protein's growth on the ground, but researchers in space don't have that problem.

NASA's Saturn Probe Has One Final Mission Before Its Fiery End

NASA's Cassini probe has taught us a lot about Saturn and its moons. But now it's time for the probe to say goodbye with one final mission.

NASA also put 20 live mice in the bundle so researchers can study the effects of long-term space missions. Another experiment will collect data on cosmic rays.

The ice cream, you might imagine, isn't for science; there was just some extra room.

The capsule is expected to leave the ISS in September. NASA says it will bring back over 1.5 tons of science and supplies to Earth.