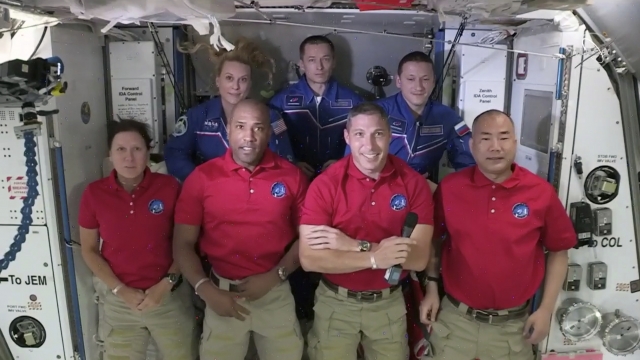 This was the second astronaut mission for Elon Musk's company.

The automated capsule launched from NASA's Kennedy Space Center and took 27 hours to reach the space station. This was the second astronaut mission for Elon Musk's company.

The three Americans and one Japanese astronaut will stay onboard until another Dragon mission arrives in April with their replacements.