SpaceX Gets Back In The Game With Falcon 9 Launch 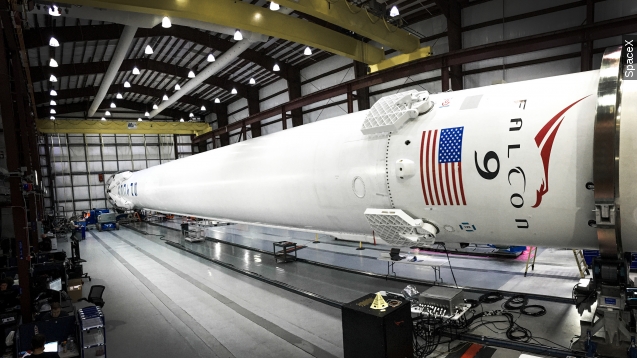 SpaceX is back in the spaceflight game after an almost-six-month hiatus.

On Monday, the company successfully launched a payload of 11 satellites into low Earth orbit and — this is the really exciting part — finally managed to land its Falcon 9 rocket intact. (Video via SpaceX)

This was the first full launch by SpaceX since an unmanned mission to the International Space Station broke apart shortly after takeoff in June. (Video via NASA)

And it was the first attempt to land its Falcon 9 on an actual launchpad. Earlier missions tried to land rockets on unmanned barges and hadn't quite managed to stick the landing. (Video via SpaceX)

The successful landing means SpaceX is once again No. 1 in the race to develop reusable rockets, overtaking Blue Origin. Jeff Bezos' company managed to land a rocket after a trip to space in November, although it hadn't traveled nearly as far or as fast as SpaceX's rocket. (Video via Blue Origin)

But it's not a bad thing that the two companies are neck-and-neck. Fully reusable rockets would slash the cost of getting into orbit and open up spaceflight to organizations that can't afford it now.

This video includes images from SpaceX.