SpaceX Might Have Lost A Super-Secret US Government Satellite 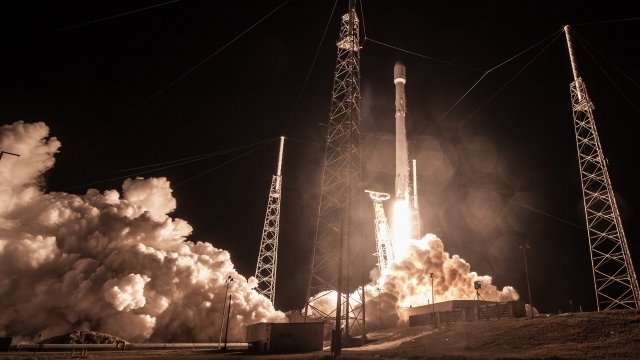 SpaceX launched the mysterious Zuma satellite on Sunday. Shortly after, rumors swirled that it was already lost.

SpaceX launched a satellite code-named Zuma into space on Sunday — and then may have immediately lost it.

On Monday, rumors about the mysterious spacecraft swirled. Some heard it failed to make it to orbit, while others say it crashed into the ocean. Thing is, no one is speaking on the record about it.

Zuma was part of a classified mission for the U.S. government — hence the secrecy. We don't know what it was being used for or which government agency is behind the mission. SpaceX couldn't even show the entire launch process.

Details on the reportedly failed mission vary, depending on the source. SpaceX said the rocket "performed nominally" but noted it doesn't comment on missions like these.