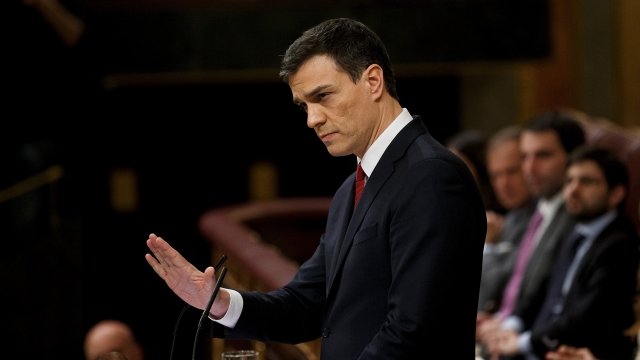 The transition of power comes after a no-confidence vote forced out the former prime minister Friday.

The transition of power comes a day after former Prime Minister Mariano Rajoy was forced from the position by a no-confidence vote following scandals within his Popular Party.

Sanchez faces significant pressure as he enters office. His party holds 84 of the 350 seats in Parliament, so he'll need to maintain his tentative alliance with far-left and regional parties if he wants to pass legislation.

CNN reports Sanchez has said he wants to hold a snap general election soon but hasn't set a date.

Sanchez also will likely have to deal with the Catalonia independence question. Separatist leaders there took back the region's Parliament on Saturday and immediately pledged to secede from Spain.