'Spider-Man: No Way Home' Nets 3rd-Best Opening Of All Time 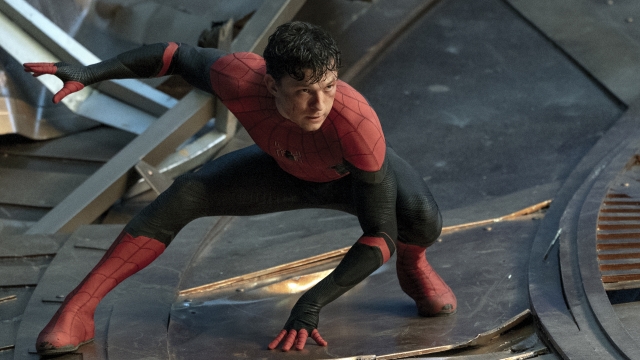 The blockbuster film is estimated to have grossed $253 million in ticket sales during its opening weekend.

Never underestimate your friendly neighborhood Spider-Man, even with a mutating virus afoot. Despite rising concerns over the Omicron variant, "Spider-Man: No Way Home" not only shattered pandemic-era box office records; it became the third-best opening of all time behind "Avengers: Endgame" ($357.1 million) and "Avengers: Infinity War" ($257.7 million).

The Sony and Marvel blockbuster grossed a stunning $253 million in ticket sales from 4,325 North American locations, according to studio estimates on Sunday, also setting a record for the month of December. The web-slinger's success couldn't have come sooner for a movie business that has had a roller coaster 2021 and could be headed for a difficult start to 2022 as the Omicron variant of the coronavirus forces more and more event cancellations.

Hundreds Of Holiday Movies Hitting The Small Screen This Season

Companies like Hallmark, Lifetime, AMC and more have a whole new slate of holiday themed films just in time for the season.

In its five days playing in theaters internationally, it's amassed $334.2 million in ticket sales, bringing its global total to $587.2 million against a $200 million production budget. The film has yet to open in markets like Thailand and Japan, and there is no release date set for China.

As the third standalone Spider-Man film in the Tom Holland era, "No Way Home" was always going to be an "event film" for fans. After several delays over the year, Sony planted its launch in the pre-Christmas frame and as of late last week had anticipated a pandemic-best opening in the $130 million to $150 million range. But it quickly became clear that "Spider-Man" was going to fly much higher. The film netted an incredible $121.5 million in its first day — bumping "Star Wars: The Force Awakens" out of the No. 2 position.

And it's not just fans who have been giving the film good marks: Reviews have been overwhelmingly positive as well. It has a 94% "fresh" rating on Rotten Tomatoes.

"Spider-Man" could also help the industry at large as it heads into 2022.