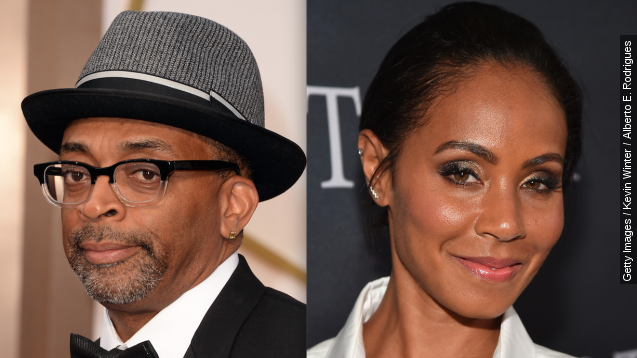 Spike Lee and Jada Pinkett Smith will not attend the Academy Awards after it was announced all 20 contenders in the acting categories were white.

Spike Lee, the honorary Oscar recipient, rejected his invite to attend the 88th annual Academy Awards due to the lack of diversity among the nominees.

In an Instagram post attached to a photo of a young MLK, Lee said, "How is it possible for the second consecutive year all 20 contenders under the actor category are white?"

Jada Pinkett Smith followed suit with a shoutout to host Chris Rock as she forfeited her invite as well. The actress called on the black community to remember they are powerful people who should consider making programs that are "just as good as the so-called mainstream."

"Hey Chris, I will not be at the Academy Awards and I won't be watching. But I can't think of a better man to the job at hand this year than you, my friend. And to the rest of you, nothing but love," she said.

Some consider her husband, Will Smith, snubbed for a best actor nomination for his role in "Concussion," along with Idris Elba for his role in "Beasts of No Nation," both of whom were nominated for Golden Globes. Other notable snubs include a best director nod for "Creed"'s Ryan Coogler and Samuel L. Jackson for "The Hateful Eight."