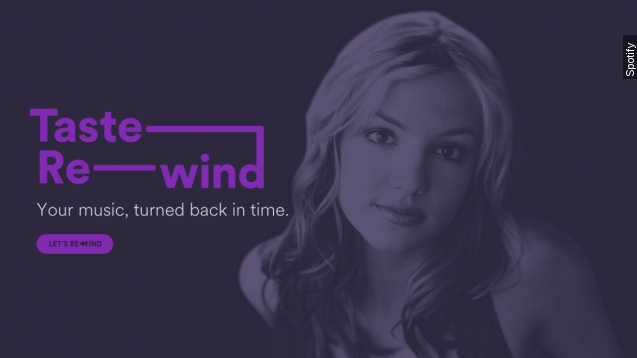 Spotify may be working on a new music-discovery feature called "Taste Rewind," which uses your current taste in music to recommend tunes of the past.

Music streaming service Spotify appears to be experimenting with a new and deeply nostalgic feature.

It’s called Taste Rewind, and it uses your current taste in music to show you what you might have been listening to in past decades. You log into your Spotify account, choose three artists you like, and Spotify takes care of the rest, building you custom playlists for each decade from the 60s on.

VentureBeat spotted a Facebook post from a Spotify engineer who seemed quite excited about the yet-announced feature. I mean, he used an emoji and everything.

Spotify once allowed developers to create apps for the platform. Some apps would let you set up and control a playlist for a party, some gave you lyrics so you could sing along and others would give you suggestions for new music to listen to.

VentureBeat says the discovery feature is a welcome addition to the platform, after Spotify did away with those third-party apps:

"Ever since Spotify (foolishly) nuked third-party apps, I've been hungry for a way to get recommendations. So it looks like some engineers have put together their own app, taking advantage of Spotify’s API and sizable catalog."

It's a smart move for a company that's facing a lot — and I mean a lot — of competition. Music streaming is a growing and already-massive market.

On-demand services like Rdio, Google Play and Tidal, and curated radio-style services like Pandora and Rhapsody unRadio claim large swaths of users. So it's especially important to cut through the noise. (Videos via Rdio, Rhapsody)

And with the introduction of Apple Music, Apple's reimagining of Beats Music, Spotify has even more of a reason to differentiate.

Especially given the fact so many in the media are certain Apple Music will give Spotify a run for its money.

To be clear, a single music discovery feature won't solve all of Spotify's supposed problems. But hey, nostalgia is a powerful thing. Now if you'll excuse me, I need to go listen to David Bowie and The Silver Apples.

This video includes images from Getty Images and music from Risey / CC BY NC 3.0.