Spotify Just Announced A Partnership Before Its Expected IPO 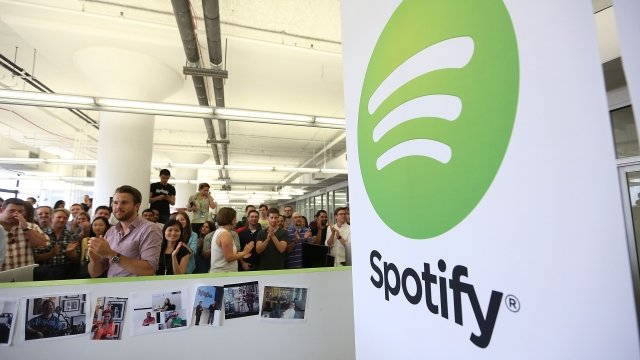 Spotify and Tencent Music Entertainment are said to be two of the most popular streaming music companies in the world.

As Spotify is expected to make an initial public offering, news dropped that the company is partnering with a major Chinese music firm.

On Friday, Spotify and Tencent Music Entertainment said they would buy minority stakes in each other. Tencent owns its own streaming companies, which garner more than 600 million monthly active users. Not much is known about the value of the deal, but industry insiders told The Wall Street Journal it seems mutually beneficial.

Both companies — said to be two of the most popular streaming platforms globally — are expected to go public next year. The Wall Street Journal reports a partnership could attract investors and strengthen the companies in licensing negotiations.

Spotify would also gain access to the Chinese market, which an expert told the BBC is a "missing link" for the company.