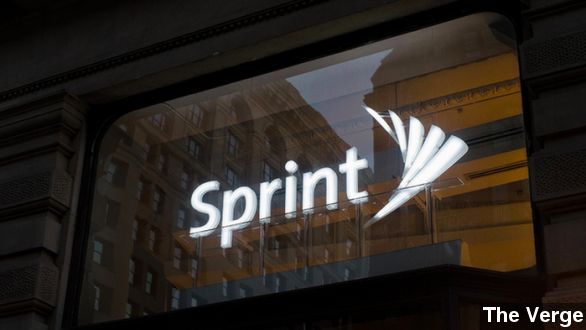 A potential $20 billion bid for Sprint to purchase T-Mobile would combine the third- and fourth-largest mobile carriers in the U.S.

A possible bid to the tune of $20 billion might be in the works for Sprint to purchase rival wireless carrier T-Mobile.

Sprint is reportedly analyzing antitrust concerns before putting a deal forward, but if regulators allowed it to go through, it would merge the third- and fourth-largest mobile carriers in the U.S. (Via Al Jazeera)

A writer for Forbes says, "Combining the two smaller carriers to compete with mammoths like leaders Verizon and AT&T would whittle down US wireless competition to just three major networks."

Something The Wall Street Journal explains "would likely face tough opposition from antitrust authorities, who worry consumers could suffer without a fourth national competitor to keep a check on prices."

In fact, it has only been about two years since federal regulators shot down AT&T's attempt to buy out T-Mobile.

That deal was worth a whopping $39 billion and would have given AT&T close to half of the U.S. market share. (Via The New York Times)

​As it is, AT&T and Verizon combined make up more than two-thirds of all U.S. wireless subscribers and account for nearly all of the profit in the industry. (Via AT&T, Verizon)

Those numbers have analysts believing a potential deal between the smaller Sprint and T-Mobile might have a shot to make it through regulators.

"They can't be competitive stand alone[s]. They have to combine, and at this point this is the best thing for them to do. They need more spectrum. This is the only way for them to compete with the AT&T and the Verizon." (Via CNBC)

And a writer for The Verge says even if Sprint and T-Mobile merged, their new combined postpaid subscriber base — the most lucrative type of customer — would still fall far short of AT&T and Verizon.

"That might make regulators more likely to let the deal pass, but there's little doubt Sprint should gear up for a battle if it wants to make this purchase."

Reports suggest Sprint could attempt to push a deal through sometime early next year.