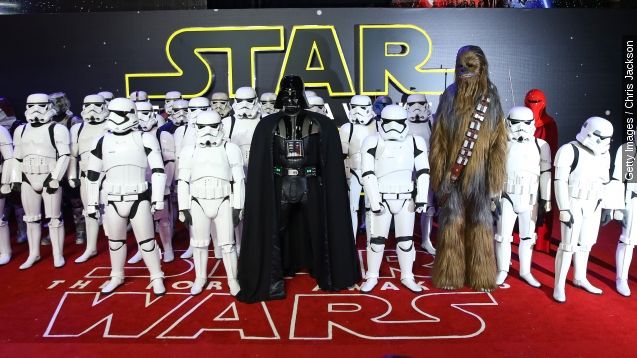 "Star Wars: The Force Awakens" is destroying box-office records all over the place.

This time the franchise's seventh installment sunk none other than "Titanic." (Video via Paramount Pictures)

As of Friday, Disney says "The Force Awakens" brought in $686.4 million, beating out "Titanic," which had been the second highest-grossing film domestically of all time with $658.7 million in the bank. (Video via Walt Disney Studios)

In this category, there's only one more movie to beat: "Avatar," which grossed $760.5 million. (Video via 20th Century Fox)

The new "Star Wars" movie also took the top spot in the domestic category for 2015, beating out "Jurassic World," which only made about $652.3 million in the states. (Video via Universal Pictures)

Worldwide box-office records are a different story, though. "The Force Awakens" sits at No. 7 with $1.39 billion. And it looks like it's getting close to crossing "Avengers: Age of Ultron" off the list next. (Video via Walt Disney Studios)