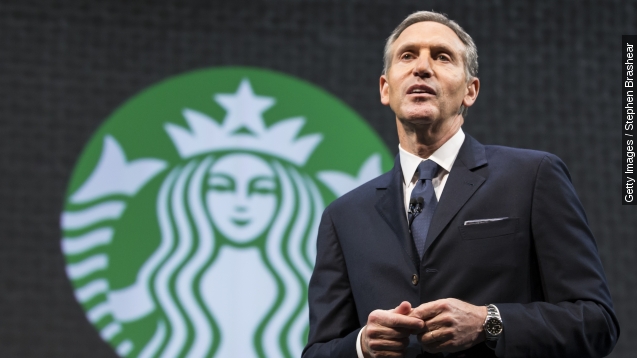 Starbucks is leading other corporations in the 100,000 Opportunities Initiative, which aims to hire unemployed youths.

Starbucks keeps trying its hardest to be a model of corporate responsibility.

The world's largest coffee chain is leading other companies, including Wal-Mart, Microsoft, Lyft and CVS, in boosting its minority and low-income hiring efforts.

The program is called the 100,000 Opportunities Initiative, which Starbucks and a handful of other corporations will kick off with a job fair in August.

The initiative calls for hiring low-income and minority youth in entry-level positions. The companies involved hope to hire 100,000 employees through the program by 2018, with at least 10,000 coming from Starbucks.

Most of these positions will be part-time jobs in Starbucks stores. The 10,000-employee goal translates to about one worker for each of the company's 12,000 U.S. stores.

Starbucks has often been seen as a driving force of gentrification, which is pretty much the opposite of what it's trying to do now.

Quartz cross-referenced real estate data from Zillow with Starbucks locations and found home values shoot up around the green-and-white logo. So hiring low-income people in a high-income area could be a bit of a challenge.

But Starbucks has taken on big social issues before: It told customers to keep guns out of Starbucks stores, and it initiated a veterans hiring program.

Recently, it encouraged patrons to engage in discussions about race. The Race Together campaign was met with some arched eyebrows and skepticism, given the company's reputation in minority communities.

Starbucks is clearly trying to change its wealthy-and-white image, and maybe that will ease some of the gentrification concerns.

But the company has growing pains to endure before creating 100,000 opportunities.