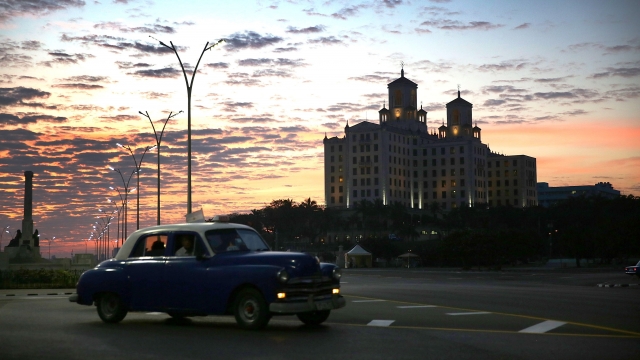 The historic deal comes as officials are worried about the influx of tourists and the lack of infrastructure to support the growing numbers.

Starwood Hotels and Resorts has signed hotel deals in Cuba — the first American-based company to do so in nearly 60 years.

Three historic hotels are part of the expansion: Hotel Inglaterra, Hotel Quinta Avenida and Hotel Santa Isabel, which will all be undergoing renovations and rebranding later this year.

Currently, hotels in Cuba are state-run, but with the new merger, Starwood is planning to rebrand the hotels and staff them with locals.

The deals come just as Cuba is expecting an influx of tourists from the U.S. Last year, the country received over 3.5 million tourists worldwide.

Since the diplomatic thaw between Cuba and the U.S., Cuban officials and tourist agencies have been worried about having enough space to house tourists.

Americans still can't get tourist visas, but with more round-trip flights, other companies are looking to invest in the island's industries.