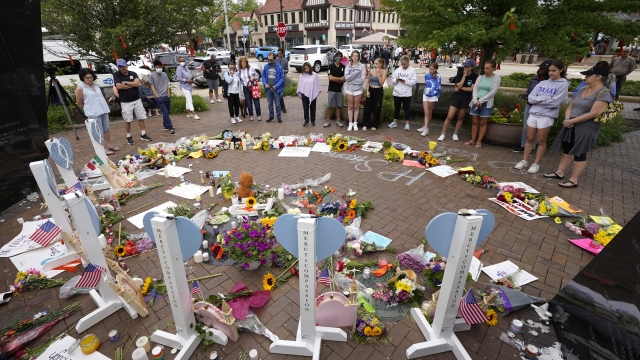 In the aftermath of the mass shooting in Highland Park, Illinois, Americans across the country are calling for stricter gun legislation to be put into place and better ways to identify potential mass shooters.

However, municipalities and states across the nation — including Illinois — already have restrictive laws surrounding firearms on the books. On top of that, communities have already begun attempts at trying to solve some of the other underlying issues of gun violence and be more aware of suspicious behavior associated with mass shooters.

Some of the stricter gun laws in the state include mandatory background checks on gun purchases, limited weapons access for domestic abusers, as well as red flag laws that allow people who pose a danger to themselves and others to be temporarily blocked from purchasing firearms or have their guns taken away.

Lake County State Attorney Eric Rinehart spoke with Newsy for the latest on the investigation and how authorities are going through the suspect's social media accounts after he told police he was responsible for the shooting.

"There's a lot of physical evidence," Rinehart said. "The weapon was recovered on the scene. There's a surveillance video, which shows him in the area. There's surveillance video that shows him dropping the weapon. The forensic evidence regarding fingerprints and DNA is not back yet from the lab but we hope to have that soon," he said. "[The suspect's] statement is, obviously, very important in a prosecution but there's a lot of evidence even separate from that. His statement gives us some insight into how this terrible, terrible crime could be planned. It was premeditated, it was calculated, it was planned weeks in advance. As for motive, I can't talk too much about that, but more will be revealed as we continue to go through the digital and social media footprint."