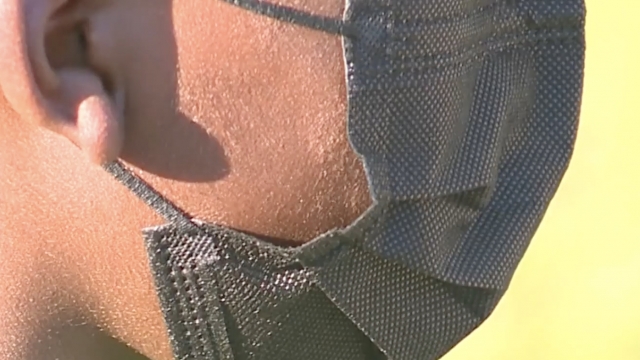 It remains to be seen what repercussions districts face and what if any steps the U.S. Department of Education takes.

Kids are heading back to class across the country, learning in person this year. But COVID-19 is forcing some students to quarantine, and others to close school doors.

This all comes as a handful of states go against CDC guidance for universal masking, and the federal government threatens to step in.

"I have no problem if you wear your mask and if you want to stay home because you're scared. Please do so. That is your right and your choice, and I would like the same choice for my child," said parent Megan Collins.

Three more school districts in Florida -- Hillsborough, Palm Beach and Miami-Dade Public Schools -- joined Alachua and Broward County Public Schools defying state orders that leave the decision with parents. The latter two are already under investigation by the Florida State Board of Education.

The potential repercussions could have implications financially and for school board seats.

"We have to have the autonomy to make the decisions that are in the best interest of our students in a health crisis," said Vickie Cartwright, Ph.D., the interim superintendent of Broward County Public Schools.

"I certainly think it takes away local control of the school district and it feels very much as a form of retaliation and punitive," said Carlee Simon, Ph.D., the superintendent of Alachua County Public Schools.

"You have all these problems and yet the White House and Biden their number one issue is they're so intent on having the governor force kindergarteners, first graders to have to wear masks for 8 hours a day," said Florida Governor Ron DeSantis. "They want to take that decision away from the parent and they want to vest that in local government."

This week, the White House directed the U.S. Secretary of Education to use its oversight against states standing in the way of schools, the President hinting at legal action.

"As I've said before, if you aren't going to fight COVID-19, at least get out of the way of everyone else who is trying. You know, we're not going to sit by as governors try to block and intimidate educators protecting our children," said President Biden.

The new guidance may raise more questions though about the role of states and federal government.

"It gets kind of fuzzy when you get down to the federal government saying they're going to come in and help local school districts protect the rights of students but in some of those states, Florida in particular, the Governor has the prerogative of dismissing, firing, local elected officials. Now that could also wind up in court actions," said Jay Wolfson, a senior associate dean at the University of South Florida Morsani College of Medicine.

This comes as COVID-19 forces schools to temporarily close down just after opening doors, some in Georgia, Mississippi and Texas.

The virus is also forcing other students and staff to stay home.

Hillsborough County reported nearly 12,000, making up more than 5 percent of its students.

Both districts are among those defying state orders.

It remains to be seen what repercussions districts face and what if any steps the U.S. Department of Education takes.

However, in Illinois where universal masking is required, the State Board of Education said it reduced recognition status to ‘on probation’ for 34 school districts for not complying.

If those districts don’t submit an approvable plan, that could lose recognition status. That means loss of access to state funding and state sports participation.