States Try To Secure Their Voting Systems Ahead Of 2018 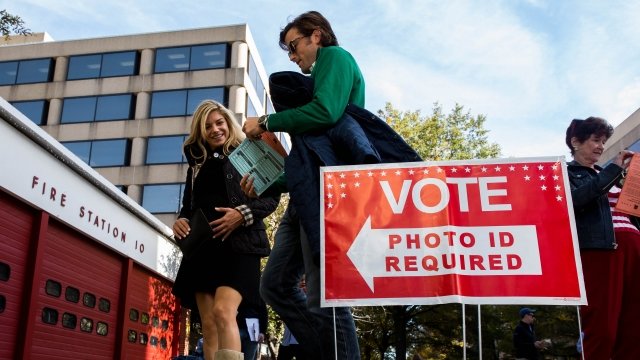 Some states are bringing in federal help to secure voting systems ahead of 2018.

Control over voting systems has long been a state-by-state issue. Now, states are working with federal agencies to harden the security of systems and instill confidence in the vote.

Some states, like West Virginia and Ohio, partnered with cybersecurity experts from the U.S. National Guard. Some are implementing paper record keeping and risk-limiting audits to verify vote totals. Other states are looking to replace their voting machines entirely.

And it looks like even some Republicans are warming up to the idea of more regulation.

Many voting machines across the country are past their prime; a large number of jurisdictions still use equipment purchased after the contested 2000 presidential election, thanks to almost $4 billion from Congress.

And now that the Department of Homeland Security revealed election systems in 21 states were targeted by Russia's meddling in the 2016 presidential race, we could see a similar nationwide overhaul.

State officials say they're in regular contact with federal offices, with some partnering with Homeland Security to run security scans of voting systems.

All but three states recently endorsed a new list of manufacturer guidelines for voting equipment.

And since January, voting systems have been classified as critical infrastructure, making them a security priority for DHS.