A Group Of States Want To Block The T-Mobile, Sprint Merger 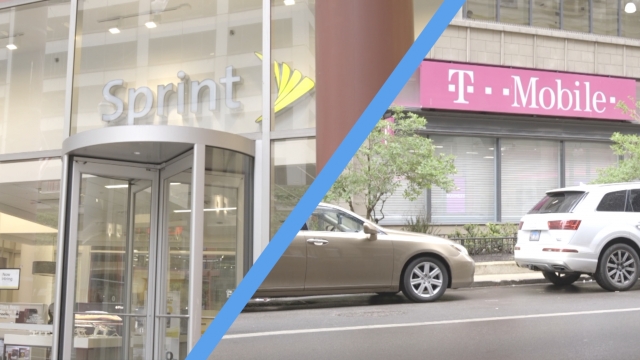 Nine states and Washington D.C. filed a lawsuit Tuesday arguing that the combined company would be too big, violating antitrust laws.

A group of states are trying to block the Sprint and T-Mobile merger.

Nine states and Washington D.C. filed a lawsuit Tuesday arguing that the combined company would be too big, violating antitrust laws. The suit says, "This increased market concentration will result in diminished competition, higher prices, and reduced quality and innovation."

T-Mobile and Sprint are the third and fourth largest cell phone providers in the U.S., respectively. The two cell phone companies announced plans to merge in April 2018, saying that combining their forces would increase network coverage in rural areas.

But even before this lawsuit from state attorneys general, the future of the $26 billion merger was unclear.

Last month, FCC chairman Ajit Pai said he would vote to approve it, arguing it would speed up the implementation of 5G technology in the U.S. But the Justice Department also needs to approve the deal, and officials there are reportedly thinking about filing an antitrust lawsuit of their own to block it.