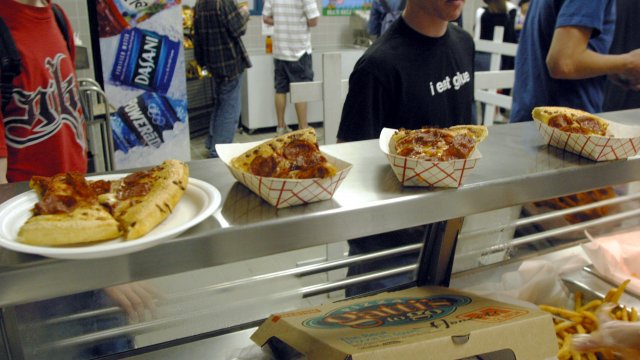 Multiple states are suing the Trump administration over changes it made to Obama-era school nutrition standards.

The lawsuit accuses the defendants of significantly weakening federal nutritional standards for sodium and whole grains in school meals that were established back in 2012.

And it alleges they broke federal law by not allowing for public comment before the "arbitrary" and "capricious" changes.

The suit is directed at the U.S. Department of Agriculture, the agency's Food and Nutrition Service and Secretary Sonny Perdue.

When Perdue first announced the new rules back in 2017, he insisted the USDA wasn't "winding back any standards at all."

But former first lady Michelle Obama, who helped spearhead the regulations as part of her "Let's Move!" initiative, criticized the decision.

"Why don't you want our kids to have good food at school? What is wrong with you?" Obama asked.

Attorneys general from New York, California, Illinois, New Mexico, Vermont and the District of Columbia filed the lawsuit Wednesday. A spokesperson for the USDA declined to comment.