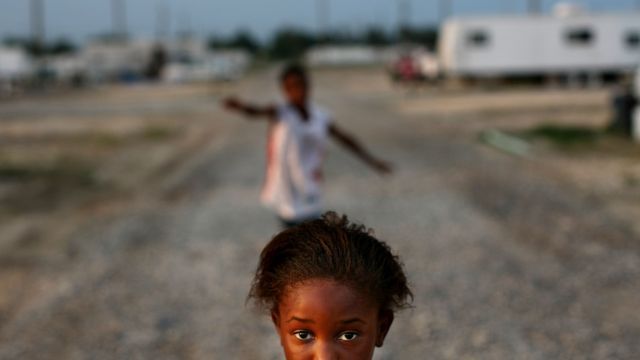 A new study says states with larger black populations, all else being equal, have less generous and more restrictive welfare policies.

Race and welfare have been inextricably linked in politics for years, but a new study says states with larger black populations tend to be less generous and more restrictive with welfare assistance.

The Urban Institute studied a database that tracks how states distribute Temporary Assistance for Needy Families, or TANF — a welfare program for low-income families with children.

What the study found is the assistance-to-poverty ratio has generally fallen across the country, but in states with large black populations, the drop has, in many cases, been even more significant.

When the program began nationwide, for every 100 families in poverty with children, 68 families got TANF assistance. By 2015, the rate of families getting assistance dropped more than half (23). Louisiana, for example, has the country's smallest assistance-to-poverty ratio at just four families per 100 families in poverty. The black population in Louisiana is 33 percent. In Georgia, the TANF ratio is just six per 100. The black population in Georgia is 30 percent.

This trend continues across the country. The 25 states with the lowest TANF assistance-to-poverty ratios are home to the majority of America's black population (56 percent).

On the other end of the spectrum is Vermont, which gives aid to 78 families per 100 families who need it. Vermont's black population sits at just 1 percent. The numbers are similar in Oregon, Minnesota and Maine.

'Terrified Of Our Taps,' Residents In Flint Still Live In Crisis

Three years after Michigan changed Flint's water source to harmful water from the Flint River, one resident says her community is still in crisis.

TANF was created in 1996 as a part of then-President Bill Clinton's push to reform welfare across the country.

Unlike previous welfare programs, TANF gives a state broad power to determine what to do with the government funds it gets, letting it set its own limits for how much cash families can get and who can receive it.

It's too early to tell what all contributes to the patterns in the study, but according to its co-author, at least some of it's tied to a state's philosophies reflected in its policy.

The study's co-authors write, "If voters or policymakers perceive people receiving welfare as different from themselves, they may believe that welfare dependency is caused more by personal shortcomings than by circumstances beyond one’s control."

Which ultimately means black families who need welfare as much as anybody else may not be given the same benefit of the doubt others enjoy.