Step Aside, Solo. These ‘Star Wars’ Characters Need A Show 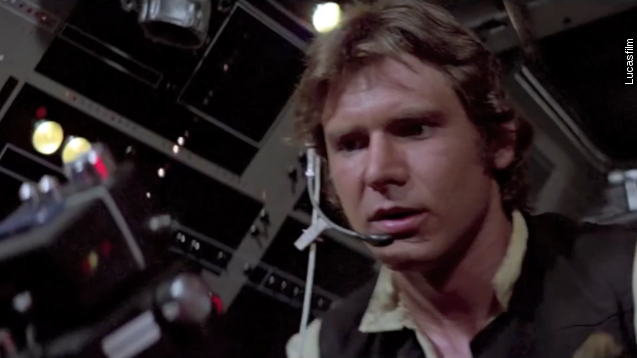 A Han Solo solo act sounds like a bad idea if Chewie's not invited, so we decided to pitch some other Star Wars characters who deserve spin-offs.

Han Solo will be getting a spin-off series. And we think it's important to mention that, no, this is not a rumor.

Directors Christopher Miller and Phil Lord, the guys who directed "The Lego Movie," have agreed to work on an anthology project focused on a young Solo. (Video via ScreenSlam)

That's a good point, Chewie. I'm not sure how much I'd enjoy a solo-Han act without you either. Which is why we're proposing three other Star Wars characters who could, or should, get spin-offs. (Video via Lucasfilm)

OK, maybe there's only one line he's really know for. But because of that, there's so much room to expand and make him into a character we'd love to watch.

We already think Han is awesome. So one wrong move could cause the series to fail really, really quickly.

Next up: Jango Fett.

The original Fett died in "Episode II: Attack of the Clones" and we really never got to learn that much about him.

On the other hand, we learned a lot about his son, and weren't that impressed. But Boba's actually getting a spin off. It was announced in May.

Last but not least: Lobot!

Lobot was a potentially awesome character that only appeared in one Star Wars film: "Episode V: The Empire Strikes Back." Where'd he get that headgear from in the first place?

Plus we're already obsessed with the delicate line being drawn between humans and robots. A Lobot spin-off could be right up there in popularity with "Battlestar Galactica" or "Star Trek." (Videos via Syfy, CBS, Universal Studios, and Orion Pictures)

These suggestions aside, this Han Solo spin-off is happening. And it's set for release May 24, 2018.

This video includes an image from Getty Images and music from Brenticus / CC BY 3.0.