Stephen Hawking: The Human Race Is In Danger, And It's Our Own Fault 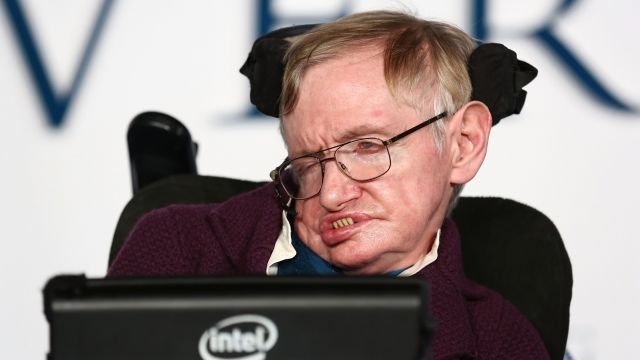 The physicist says he believes humanity will face dangerous scenarios of our own making during the next century, including nuclear war.

According to Stephen Hawking, the human race is in danger of being wiped out in the next 100 years, and it's all our own fault.

According to the BBC, the physicist says he believes humanity will face dangerous scenarios of our own making during the next century, including nuclear war, global warming and genetically engineered viruses.

And he told the Radio Times further progress in science and technology could increase that risk: "We are not going to stop making progress, or reverse it, so we must [recognize] the dangers and control them."

Of course, Hawking has voiced his concerns on this topic before. Just last year, he warned that artificial intelligence could wipe out the human race. (Video via HBO / "Last Week Tonight")

These latest comments come just days before Hawking is scheduled to give this year's BBC Reith Lectures, which will explore research into black holes.

The first part of the lecture will air on BBC Radio 4 Jan. 26, and you can catch part two Feb. 2.