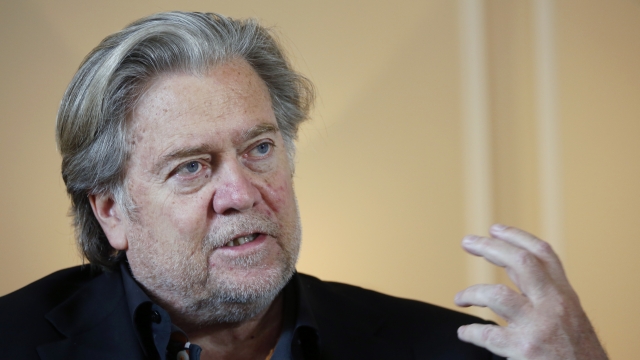 Bannon and other organizers are accused of scheming to keep donor money.

Former White House strategist Steve Bannon has been arrested in connection with an online fundraising scheme.

The fundraiser — called "We Build The Wall" — raised more than $25 million from hundreds of thousands of donors.

It promised to spend all the money on construction, but the Justice Department says Bannon and other organizers actually planned to keep some of the donor money for themselves.