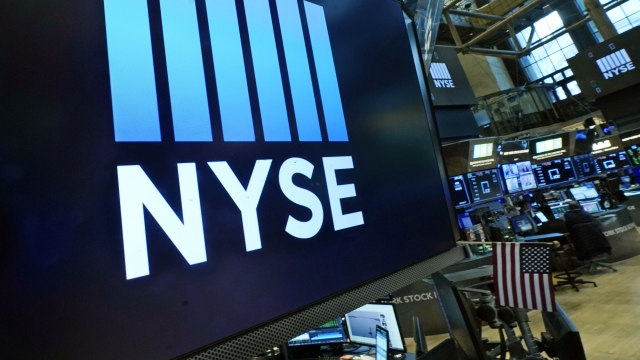 Some economists suggest that home sales this year could decline as much as 10% from 2021 levels.

Stocks are closing sharply lower on Wall Street as worries grow in markets that the higher interest rates the Federal Reserve is using in its fight against inflation will slow the economy.

The S&P 500 pulled back 3.6%, erasing a rally from a day earlier and marking its biggest loss in almost two years. The Dow fell 1,063 points, or 3.1%. Tech stocks fell the most, pulling the Nasdaq down 5%. The yield on the 10-year Treasury note rose to 3.04%. Rising yields are sure to put upward pressure on mortgage rates, which are already at their highest level since 2009.

The increases in mortgage rates came in the week preceding the widely anticipated action by the Federal Reserve, announced Wednesday, to intensify its fight against the worst inflation in 40 years by raising its benchmark interest rate by a half-percentage point and signaling further large rate hikes to come. The Fed's move, its most aggressive since 2000, will bring higher costs for mortgages as well as credit cards, auto loans and other borrowing for individuals and businesses.

Mortgage buyer Freddie Mac reported Thursday that the 30-year rate rose to 5.27% from 5.1% last week, when it edged down after seven weeks of increases. By contrast, the average rate stood at 2.96% a year ago.

The average rate on 15-year, fixed-rate mortgages, popular among those refinancing their homes, jumped to 4.52% from 4.4% last week.

Some economists suggest that home sales this year could decline as much as 10% from 2021 levels.

In a statement Wednesday following their two-day meeting, Fed policymakers noted that Russia's invasion and war on Ukraine is worsening inflation pressures by raising oil and food prices. Inflation, according to the Fed's preferred gauge, reached 6.6% last month, the highest in four decades. It has been accelerated by a combination of robust consumer spending, chronic supply bottlenecks and sharply higher gas and food prices.