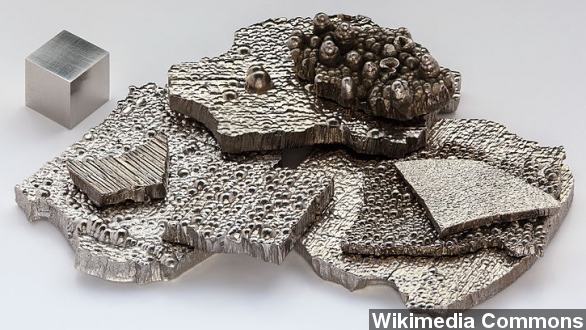 The truck was found abandoned, and the radioactive cargo was a half-mile away in an unpopulated area.

The hunt for a stolen truck carrying radioactive materials is over, and Mexican authorities say the truck and most or possibly all of the material has been recovered.

The driver of the truck says he was approached by gunmen at a gas station early Monday after transporting a radiotherapy device to a decommissioning site outside Mexico City. (Via Al Jazeera)

After the truck was reported stolen, Mexican authorities launched a massive search, even reporting the theft to the International Atomic Energy Agency. That's because the medical device contained Cobalt 60 — a radioactive isotope of the element cobalt that the agency's director says can be extremely dangerous. (Via Wikimedia Commons)

"These materials such as cobalt-60, he says, could be used along with conventional explosives to make a so-called dirty bomb." (Via Fox News)

When authorities first discovered the stolen truck, the cargo was nowhere to be found. But thankfully it didn't get very far.

"The container was found about a half-mile away. ... Radiation has been detected in the area. Not sure how high the intensity is of that radiation." (Via CNN)

The area was unpopulated, and authorities claim there is no threat to public safety. They haven't announced any suspects, but the IAEA says in the dozens of radioactive material thefts that are reported each year, often the thieves don't know what they've stolen.