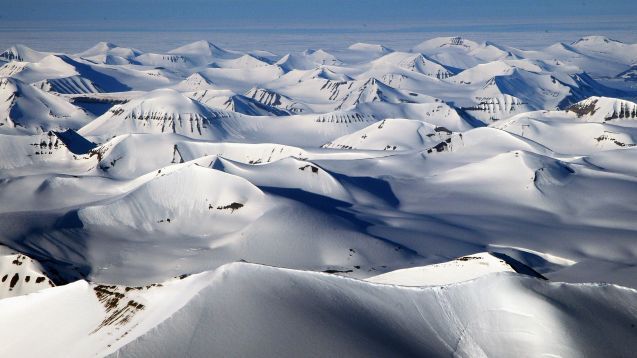 The North Pole is bracing for a major warmup as a huge storm system moves in.

The same massive storm system that spawned Christmas-time tornadoes and flooded rivers in the U.S. is now causing trouble up north. Way up north.

Experts say the storm system will center on the North Pole Wednesday, raising temperatures by about 50 degrees Farenheit.

This storm system is forcing winds from the south and bringing warm air into the Arctic Circle. Temperatures in the Arctic are usually around 20 degrees below zero this time of year but will likely reach the freezing point with this storm.

And those winds are pretty strong. Experts predict wind speeds will top 100 miles per hour in Iceland as the storm makes landfall. (Video via The Weather Network)

Researchers at National Weather Service say this storm is on path to be one of the top five strongest storms the region has ever seen.