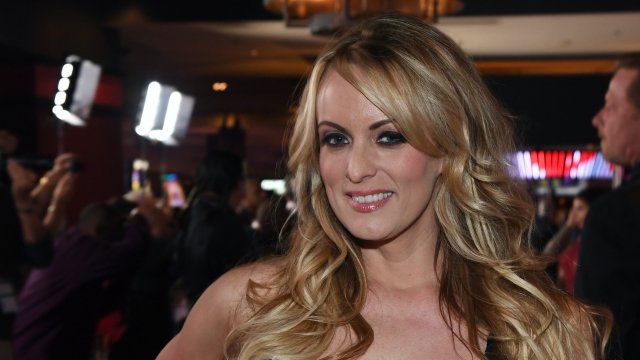 Adult film star Stephanie Clifford, who says she had an affair with Donald Trump before he was elected, is suing the president.

Her lawsuit alleges Trump, who's referred to as "David Dennison" in the suit, never signed the nondisclosure agreement that was supposed to keep Clifford from talking about the alleged affair. Clifford is better known by her stage name, Stormy Daniels.

The suit says Clifford and her attorney are looking for a ruling on whether or not the so-called "hush agreement" is valid and that they want legal fees covered.

President Donald Trump denied assaulting a woman in 2006, so she's asking for any potential video that might show the incident.

The suit also alleges Trump's attorney, Michael Cohen, was harassing Clifford and trying to silence her as recently as last week. It claims Cohen intimidated Clifford into signing what it calls a "false" statement that reports of her affair with Trump were untrue.

Cohen admitted he paid Clifford $130,000 out of his own pocket but denies she had intimate relationship with Trump in 2006 and 2007 as she claims. When CNN asked Cohen why he made the payment, he told the outlet: "Just because something isn't true doesn't mean that it can't cause you harm or damage. I will always protect Mr. Trump."