Streaming Is Changing How Companies Make Money, For Better Or Worse 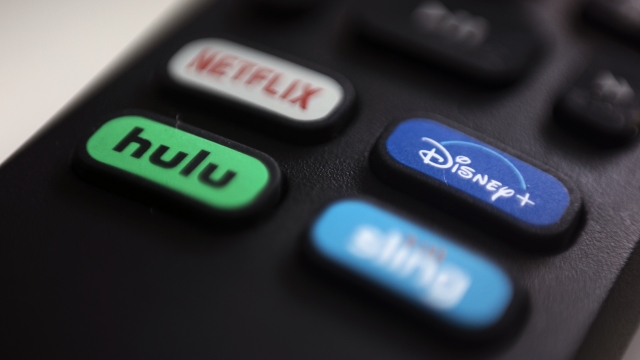 Streaming companies are prioritizing how to get and keep subscribers, but the risk in producing new or buying old shows is much higher.

Over the summer, Nielsen reported that streaming viewership surpassed cable usage for the first time in the U.S. It's worth noting Nielsen only records on TVs and internet-connected TVs; it's not even measuring mobile or desktop, which means their share of the market is probably even higher.

This new landscape is changing the ways streamers are trying to make money, for better or worse.

As more and more people are signing up for streaming platforms like Netflix, HBO Max or Disney+, companies are starting to roll out new ad-supported models.

In the past, one of Netflix's co-chief executives repeatedly stated how there was "no advertising coming onto Netflix — period." But after a huge loss of subscribers and a difficult quarter, that same executive told investors Netflix is looking into ad models "over the next year or two."

Netflix's woes aren't exactly good news for its competitors that raced to make streaming platforms of their own. The news highlights a wider conversation about how these massive platforms are actually making money and how stable the new streaming model really is.

Big blockbuster hits like "Stranger Things" on Netflix or "Wandavision" on Disney+ can definitely draw new subscribers, but it seems the threshold for a new show to survive is pretty high. Even popular shows like "The OA," "Sense8" or "The Baby-Sitters Club" can get canceled after only a season or two. Netflix is particularly notorious for this.

Unlike with cable, streaming services are prioritizing how many new subscribers a show can bring in, not just how popular a show is within the existing subscribers. Netflix has also stated it focused on the first 28 days of release to see how many viewers began the show and how many finished a season within a month.

Compare that to a show like "The Office." Today, it's one of the most popular modern sitcoms, but it was at risk of cancellation due to poor ratings on NBC for its first two seasons.

There's a reason the risk of hoping a show will grow and build an audience is much higher for streaming than it used to be for cable. Part of that is because platforms now pay production companies all production fees up front, in exchange for more control over distributing the show. So, there are much bigger losses if a show doesn't take off. Unfortunately, as it's been widely reported, shows with diverse stars and casts seem to be on the chopping block more often.

But while streaming services churn out original shows hoping for a breakout hit, the real competition is actually in the battle over old shows and movies that already come with fanbases.

This explains the jaw-dropping amounts some platforms have paid for old sitcoms like "Friends," "Seinfeld" and "The Office," or for intellectual property like Amazon's record-breaking purchase of rights to "Lord of the Rings" source material.

When networks used to buy syndication rights to a show, the number was based on available ad and viewership data for that network. In the subscriber model, it's actually unclear what these numbers are really based on.

What The Warner Bros.-Discovery Merger Means For Streaming As A Whole

Warner Bros. and Discovery's merger means major restructuring — and not just for the streaming platforms the company owns.

All that is clear is that these huge purchases and mergers show how important it is to consolidate big libraries. Companies are betting massive libraries stocked with old favorites are what will keep subscribers around, and it's part of the reason why even more mergers and buyouts between big entertainment companies are likely.

"If you look on a broad scale of entertainment, which is really who they're competing against, it's no longer, for example, the studios," Moore said. "It's studios against streamers, and broadly, it's studios and streamers against Facebook and against YouTube and against Instagram. It's a much broader universe of entertainment than it used to be, so they've got to consolidate."