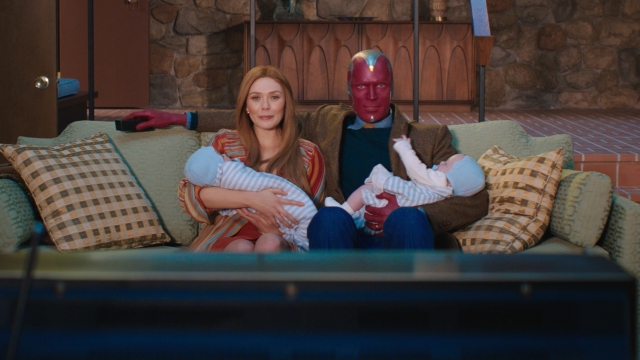 With 146 million subscribers, Disney is now second to Netflix in the streaming industry.

Disney just revealed it now has more than 146 million paid subscriptions across Disney+, ESPN+ and Hulu — making it second only to Netflix in the streaming industry.

Bob Chapek, CEO of The Walt Disney Company: "We have charted a course for an even more deliberate and aggressive direct-to-consumer push for Disney+, ESPN+, Hulu and Star."

Helping to grow the platform are original, exclusive series like "WandaVision." According to experts at Parrot Analytics, the Marvel mystery series about a grieving superhero became one of the most in-demand streaming titles this past month.

Dietrich von Behren, chief business officer of Reelgood: "It's original and exclusive content. I really think that's going to continue to be the driver."

As Disney+ grows, so do its competitors. The streaming aggregation site Reelgood says that of its 2 million U.S. users, the average person subscribes to five platforms.

And more competitors are entering the arena. Discovery+ launched at the beginning of the year with exclusive access to brands like HGTV, The Food Network and TLC, while Paramount+ — a rebrand of CBS All Access — plans to launch in March. A major hurdle for both new platforms is finding ways to stand out in a crowded industry.

Von Behren: "You mentioned Discovery+. I think they've done a particularly good job so far turning themselves into a top of the line streaming service for people who want to have fun, sort of comfort TV."

Some experts say that even as more businesses and schools reopen, the pandemic's effect on streaming could continue in the long term.

Von Behren: "Consumer habits have been formed, right? And those are going to be hard to break. … There may be a drop, but I don't believe it's going to be unsustainable for the industry."