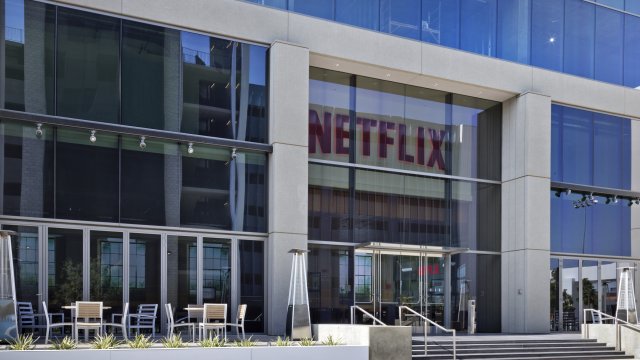 When the pandemic first started, Newsy-Ipsos polls from March through June found that more than 30% of respondents consistently said they were watching streaming platforms more often than they typically would.

News from the industry echoes those results: HBO Max gained more than 4 million subscribers since it launched in May, Peacock garnered more than 10 million new users in July, and Disney+ now has over 60 million paying subscribers as of August.

That's just a few of the biggest competitors in the streaming space, but even small streaming platforms like KweliTV and First Look Media's Topic are gaining new users.

Ryan Chanatry, General Manager of Topic: "We think there's a really amazing opportunity in this niche space for consumers as, again, as the traditional cable package breaks apart. … It's sort of like we were 'unbundling,' but we're just reconfiguring the bundle in a slightly different form."

As newer and smaller streaming companies continue gaining new subscribers during the pandemic, one company is still leagues ahead.

Chanatry: "Netflix is by far and away the winner for everyone."

Spencer Neumann, CFO of Netflix: "We just added 10 million members, which is the largest growth we've ever had in a second quarter."

As Newsy previously reported, Netflix was one of the few global entertainment companies to pivot almost immediately to the social distancing constraints and remote work of the pandemic. Because of that, the streaming company isn't just ahead in subscribers, it's also likely ahead in its productions.

Erin Meyer, co-writer of "No Rules Rules: Netflix and the Culture of Reinvention": "It was really built in order to be flexible. … And that kind of flexibility is almost unprecedented really in the world."

Erin Meyer is an expert on global business communications, and she recently co-wrote "No Rules Rules" with Netflix CEO Reed Hastings on the company's culture. She told Newsy that its focus on flexibility in both remote work and travel — as well as its global presence in countries like Japan, Singapore and Brazil — allowed it to continue working through the pandemic.

Meyer: "I actually think we're going to see a lot more of this and other organizations in the coming decade."

Netflix's slate of original programming is on schedule for the rest of 2020, but as social distancing measures in the U.S. continue, international productions are going to drive what'll be able to come out in the next couple years.