Strippers At Los Angeles Club Look To Be First In U.S. To Unionize 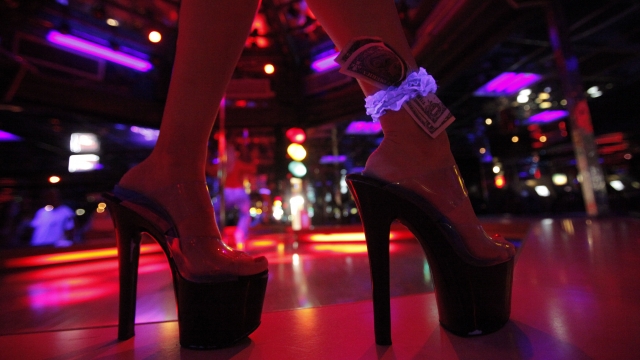 The dancers say they've been seeking better protection, pay, safety and workplace conditions from their management for a long time.

Strippers who work at a club in Southern California have filed with the National Labor Relations Board in an effort to unionize. As on stage performers, they want to join the Actors Equity Association (AEA).

The performers say they have been seeking better protection, better pay, better safety and better workplace conditions from their management for a long time — but they haven't gotten it.

"They've reported significant wage theft that leaves them going home often without having even made minimum wage — and physical safety — glass on the stage, being touched without consent by patrons, things you might expect, but things that we think a union contract will help protect against," said Kate Shindle, president of the AEA.

Should their efforts succeed, the move to unionize could set a real precedent for workers all over the country.

The next step for these dancers is a formal vote, which the National Labor Relations Board will oversee. If a majority of the performers at the club do vote to unionize, they'll start negotiating their very first contract with the AEA and their management.