These Students Are Getting Paid To Read Propaganda 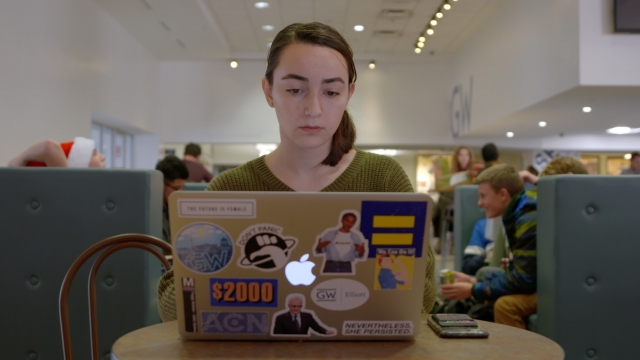 Concerned by the intelligence community's conclusion that Russia interfered in the 2016 election, these students are fighting back.

It’s not uncommon for college students and recent graduates to work odd jobs. But nowadays, some of them are getting paid to read propaganda published by the United States’ biggest adversaries.

"My position consists of reading articles from the English language branches of the state-run news outlets of Russia, China, and Iran," Cyrena Kokolis says.

"I could easily be spending, you know, the hour I read on articles watching a movie or something. But no, I'm actually making a difference," says Marlee Warwick.

Marlee Warwick and Cyrena Kokolis are research interns for the Foreign Policy Research Institute, a think-tank in Philadelphia that is tracking foreign influence ahead of the 2020 election.

The group hired twenty research interns more than a year before the election -- mostly students in their early twenties. They’re working remotely across the country, from Maine to Missouri to California.

"The students are a huge part of the project. They are the ones that are doing most of the work when it comes to coding the stories. And we really couldn't do the project without their help," says project manager Rachel Chernaskey.

So far the researchers have read more than four thousand articles. They’re looking at how the 2020 candidates are covered, what external sites are being linked to, and sometimes even who is the writing the articles.

"I went through the interview process and the training process for learning the methodology, for analyzing and coding the stories," Kokolis says.

"We have a little sort of checkbox questionnaire that we go through... I toss in about like eight, 10 hours a week, I'd say but it varies day to day," Warwick says.

It was in the wake of the 2016 election, when U.S. intelligence agencies unanimously concluded that Russia interfered in our political process, that these students started to think seriously about democracy and its fragility.

"We have high confidence that President Putin ordered an influence campaign in 2016 aimed at the U.S. presidential election," then-Director of National Intelligence James Clapper said.

"Seeing those conclusions that our intelligence agencies had drawn really made me realize that this project is investigating a real threat to our national security and political integrity," Kokolis says.

The think tank released a report in November that found Kremlin-backed outlets gave Democratic Representative Tulsi Gabbard the most positive coverage of any 2020 candidate. Nearly half of the articles in Sputnik News and RT described her favorably.

"Some of their analyses are really thought-out and they have really picked up on some of the trends that are more subtle," Chernaskey says.

Many of the interns say the work has changed how they process information and consume the news.

"I think it's definitely served as kind of a warning for me in terms of being aware of what I'm reading," Kokolis says. "People don't read through news on their phone with a concerted effort to weed out fact from fiction. And I think that's something that everybody should kind of get in the habit of doing."

"Now I'm getting paid to do this, but I'd much rather do it for the experience. That's more rewarding in and of itself," Warwick added.