Study: Drinking Rates Among Mothers Increased During The Pandemic 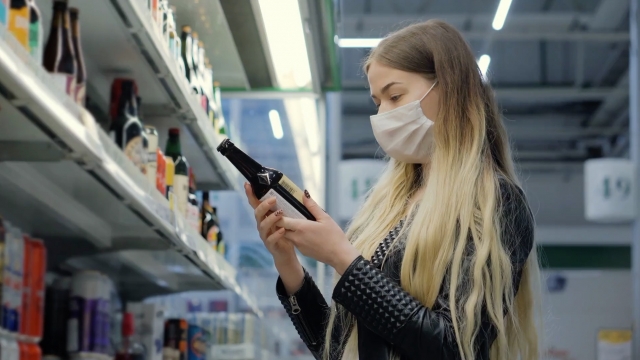 The rates of women consuming alcohol have been continually increasing over time but the pandemic has skyrocketed these numbers.

Alcohol use in the U.S. increased across the board since the start of the pandemic.

But a federally funded study from RTI International found women were exceeding recommended amounts more than men. That's no more than 7 drinks a week or 3 at a time for women.

Brenda Wilhelmson struggled with alcoholism for more than 20 years. She wrote about it in her book: "Diary of an Alcoholic Housewife." She has been sober since 2002.

"I think moms and alcoholism, yeah, they go hand in hand," Wilhelmson said. "We are so nurturing and we are so giving and where we're just giving and putting ourselves last all the time. ... And you find relief in a bottle."

The rates of women consuming alcohol have been continually increasing over time but the pandemic has skyrocketed these numbers.

Still, health economist Carolina Barbosa says even a glass has some risk.

"There's no level of alcohol that's without risk," she said. "And that's why the guidelines talk about low risk. The only alcohol consumption that has no risk is zero consumption."

Why are women drinking more? Many experts point to increased stress, depression and anxiety due to the pandemic. Women are more than likely than men to raise children. ... Mix that with the pandemic isolation and lack of child care and alcohol becomes a way to cope.

"The normalization of drinking at home was put in place with the pandemic and that might actually have persisted, there's a real concern with that," Barbosa said.

Being addicted to alcohol can happen to anyone — mothers included.

She's seen an increase in women seeking help — particularly because alcohol is easily accessible in many places from delivery services to gas stations to grocery stores.

"I think if we treat it more like a medical disease that it is, I think it's easier for people to be open to treatment," Bulat said. "There's so much shame and guilt that comes with addiction. And so often people do not seek help, even though they need it. And it's unfortunate because, you know, the sooner that we engage people in treatment we can get into a path of a recovery in remission."