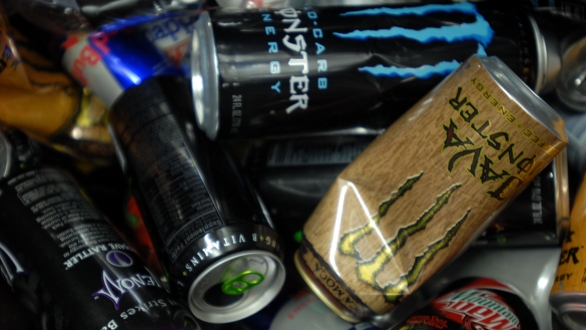 News flash: energy drinks get your heart pumping — but not in a good way.

Eighteen people underwent cardiac MRIs before and one hour after downing an energy drink. According to the Daily Mail, the results indicated an increase in activity in the left ventricle of the heart, which helps pump blood to the rest of the body.

The study's author, Dr. Jonas Droner, said energy drinks can contain up to three times more caffeine than coffee or soda, and cautioned children and people with irregular heartbeats to avoid the drinks altogether. (Via WCSH)

And the American Beverage Association confirmed that in a statement, saying, "Most mainstream energy drinks contain only about half the caffeine of a similar size cup of coffeehouse coffee."

But regardless of whether caffeine is the harmful factor here, the Substance Abuse and Mental Health Services Administration reported the number of emergency room visits linked to energy drinks nearly doubled from 2007 to 2011.

"So what might be going on to send someone to the ER?"

Hospital visits aside, the German researchers say it's still not known what the long-term effects of energy drinks are, and they plan to carry out further studies.