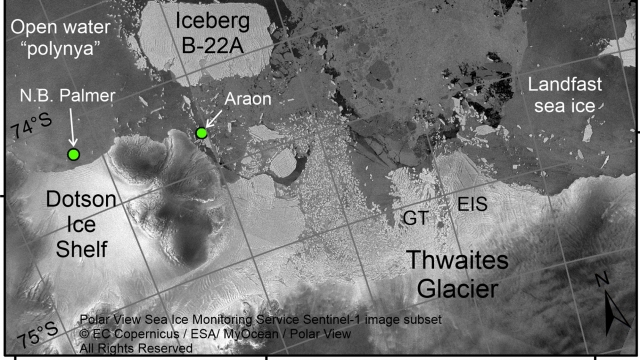 If it collapses, scientists say, global sea level could increase several feet and put coastlines at risk of destruction.

It's known as "the doomsday glacier," and scientists are growing more concerned about it.

The Thwaites Glacier in Antarctica is one of the largest on Earth and is larger than the state of Florida.

According to a new study published in the journal Nature Geoscience, scientists say sometime in the last 200 years the base of the glacier retreated twice as much as observed in the last 10 years.

The report is put together by more than 500 scientists from 60 countries and it's spearheaded by the National Oceanic and Atmospheric Administration.

That means the glacier can shrink much faster than previously thought.

If it collapses, scientists say, global sea level could increase several feet and put coastlines at risk of destruction.

But how concerned should we be about this glacier melting, and can we reverse or slow the process at this point? Terry Tamminen, president and CEO of AltaSea at the Port of Los Angeles, joins Newsy and explains.