Researchers Say A 2nd Person Has Been Cured Of HIV 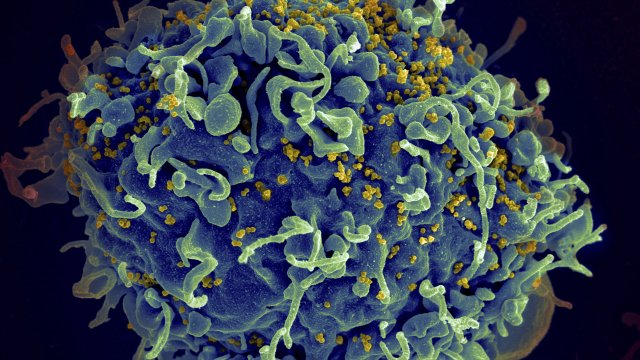 The London patient has been in remission for 30 months since receiving a stem cell transplant from a donor with an HIV-resistant gene.

For only the second time ever, scientists believe they've cured someone of HIV.

The person is only identified as "the London patient." But a study published in The Lancet on Tuesday details how doctors effectively eliminated the virus.

The key to this possible cure is a gene known as CCR5. Some people have a mutation of CCR5 that is resistant to HIV.

The London patient had HIV and a rare form of blood cancer. The patient got a stem cell transplant to treat the cancer from a donor who has the HIV-resistant form of the CCR5 gene. The transplant helped treat both the cancer and the HIV.

The study says there are still some low levels of HIV in the patient's body, but the virus that's left isn't capable of self-replicating.

The first patient cleared of HIV using the mutated CCR5 gene, Timothy Brown, has been HIV-negative for 13 years.

The success of these two patients is groundbreaking, but that doesn't mean this is an effective treatment for people whose HIV is well controlled with antiretroviral drugs. Researchers warn the CCR5 treatment should only be used as a last resort for patients who also have a life-threatening blood cancer.