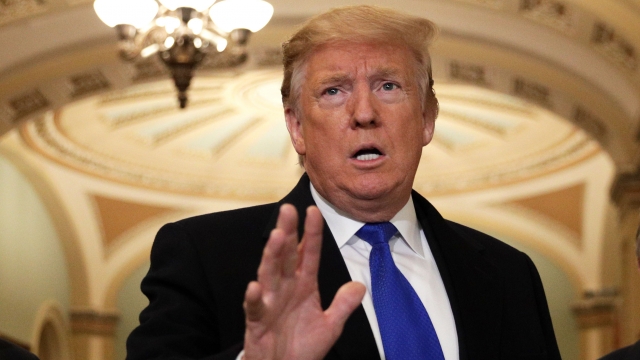 Researchers said a trade war -- like the one the U.S. is currently involved in with China -- is actually hurting American consumers.

Economists from the New York Federal Reserve Bank, Columbia University and Princeton University looked at the impacts of the Trump administration's trade policy on prices and welfare. They said the U.S. experienced "substantial increases" in the price of goods, a lack of import variety, and "dramatic changes" to its supply-chain network.

Researchers say a trade war – like the one the U.S. is currently involved in with China – is not good for American consumers because it cuts down on the variety of goods they can buy. It also results in U.S. producers raising their prices because of that lack of competition. They also found a trade war affects supply chains, estimating about $165 billion of trade has been lost one way or the other, as companies and consumers work to get around the tariffs.

Even though tariffs are designed to protect domestic manufacturers, the study found the burden fell on consumers and importers in the U.S., instead of foreign exporters. Other countries who have retaliated against the U.S. have also seen a reduction in real income.