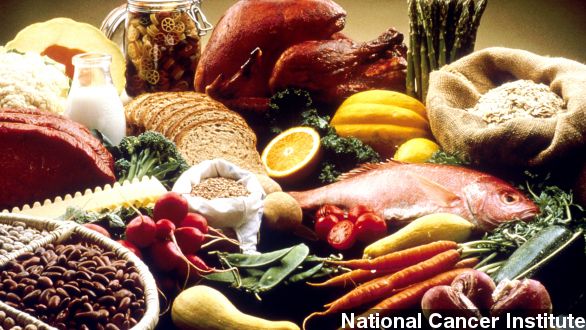 Researchers found upgrading your diet to healthier foods costs an average of $1.50 a day more.

Conventional wisdom says a healthy diet can be unhealthy for your wallet. But exactly how much more expensive are nutritious foods than their unhealthy counterparts?

Researchers at Harvard School of Public Health looked at 27 studies of dietary habits from 10 high-income countries. They compared the average prices of healthy diets containing fish, nuts, fruits and vegetables against unhealthy diets with more processed food, meat and refined grains. (Via CBS)

The findings show eating healthy costs an average of $1.50 a day more than a diet of junk food. That translates to an annual cost of about $550 more per person. (Via HealthDay)

So is it worth the buck and a half a day to boost your diet? That's proven to be a very divisive question among headline writers.

Several outlets concluded the study found healthy foods were "cheaper" than they're typically perceived to be, advertising the low daily cost of healthy foods as "just $1.50" more. The Daily Mail goes so far as to say, "Now you've got no excuse!" (Via Time, NPR, Daily Mail)

​But when other news sources focused on the high annual cost, the results didn't look quite so positive for fruits and veggies. The CBC even took it upon themselves to put the annual cost of an average family of four in their headline, accentuating the health gap even more. (Via U.S. News & World Report, Los Angeles Times)

So which side is right in this food fight? Study lead Dariush Mozaffarian says it depends on your perspective.

The extra cost "would represent a real burden for some families. ... On the other hand, this price difference is very small in comparison to the economic costs of diet-related chronic diseases, which would be dramatically reduced by healthy diets." (Via Harvard Gazette)

The study was published Friday in the British Medical Journal.