Some Scientists Think Zika Could Be Used To Treat Brain Cancer 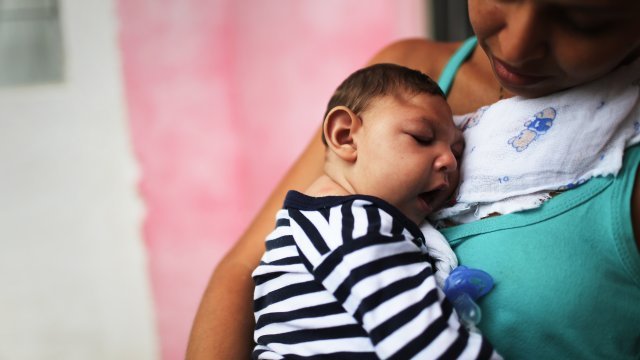 A new study found mice with brain cancer lived longer after being infected with the virus.

Researchers from the study observed two groups of mice who had glioblastomas, which are highly malignant and aggressive brain tumors. They found the mice that received the Zika virus lived longer and had smaller tumors after just one week.

Zika is a mosquito-borne virus that has been linked to microcephaly, a condition associated with brain underdevelopment, in babies born to infected women. Outbreaks were reported in Brazil in 2015 when thousands of babies were born with abnormally small heads and other brain defects.

Newsy traveled to El Salvador, where the Zika virus has magnified the region's social and political problems.

The Centers for Disease Control and Prevention reported over 5,000 Zika cases in the U.S. between 2015 and August 2017. It warned pregnant women against traveling to risky areas back in 2016.

It will take a while for human trials to begin, but future subjects would have to introduce a virus that caused international devastation into their bodies — on purpose. Researchers have tested the virus in human cell samples but say it may operate differently in a living person.