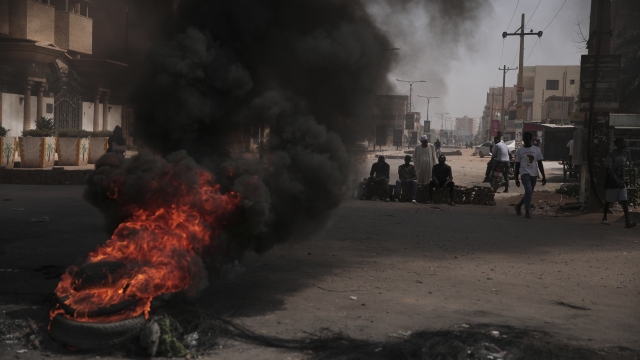 Thousands of people are now flooding the streets of Sudan to protest the military coup.

Tensions have been rising for weeks over the course and the pace of the country's transition to democracy.

The country has been riddled with internal conflicts through most of its history.

The United Nations has called the Darfur conflict in Sudan one of the worst humanitarian crises in the world.

Up to 300,000 people were killed, and nearly three million were driven from their homes.

That resulted in former President Omar al-Bashir being cited for genocide and crimes against humanity.

It threatens to halt Sudan's transition to democracy, which began in 2019 after al-Bashir was pushed out of power in what was a widely supported uprising.

Thousands of people now flooding the streets to protest the military coup.

Hundreds  of protesters set up barricades on roads throughout the day.

Security forces confronting the demonstrators have killed at least six and wounded more than 100 others, according to local doctors.