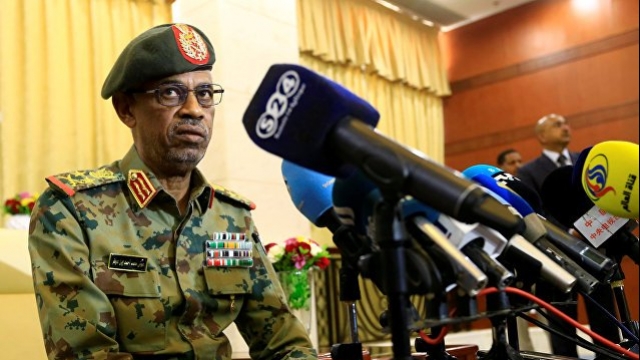 Protesters say they won't give up until there's a civilian government installed. The military says that'll happen, but it might take a while.

In a state TV broadcast, the coup leader, defense minister Awad Ibn Auf, named a lieutenant general to be his successor.

The coup comes after months of protests that began in December. The New York Times reports Ibn Auf may have stepped down due to pressure from those same protesters. Sudan's military says the army will stay in power for two years but will step down once a civilian government is formed.

While protesters celebrated Ibn Auf's resignation, they say demonstrations will continue until the military hands over power to civilians.