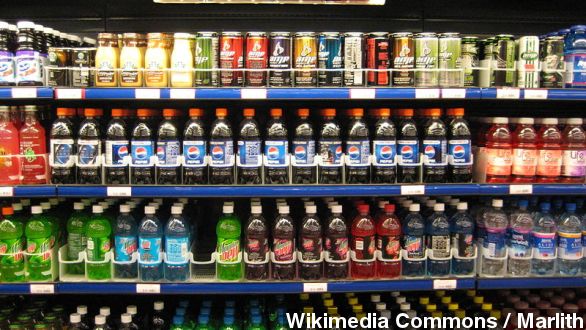 A new study by researchers in Minnesota found a link between consumption of sweetened drinks among older women and endometrial cancer.

​Ladies, if you love sugary sodas, you might want to think twice before pouring that next glass. A new study links sweetened drinks to cancer in older women.

Researchers at the University of Minnesota School of Public Health collected data about more than 23,000 postmenopausal women for the study. (Via WIVB)

​"Women who reported drinking the highest levels of sugary drinks had a 78 percent increased risk of that cancer known as estrogen-dependent type 1 endometrial cancer." (Via WHEC)

But researchers say the results aren't all that surprising. A big contributor to developing endometrial cancer, which starts in the uterus, is obesity — something soda definitely doesn't help with. (Via American Cancer Society)

"Women who are overweight have high levels of insulin and estrogen, and both are risk factors for endometrial cancer." (Via WPBN)

Oddly, the study didn't find connections between the increased cancer risk and sugar-free drinks, baked goods or starch. One researcher told NBC: "It's not clear why drinks and not other sweet foods showed an effect. One possibility is that sugar from whole foods comes with other nutrients, such as fiber. Sugar from beverages doesn't come with these nutrients."

More research will need to be done to learn more, but what we do know is that the leading cause of endometrial cancer, by far, is obesity — which is behind half of all cases.