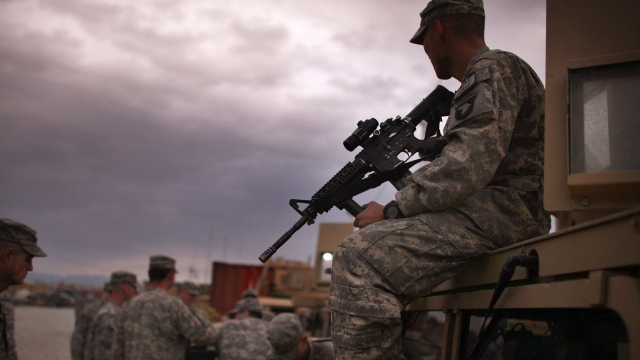 Seventeen were injured in addition to those killed in the explosion at Bagram Airfield in Afghanistan.

The attack happened in the early morning as people gathered for a fun run. Sixteen U.S. service members and one Polish soldier on a mission with NATO were also injured by the explosion.

Defense Secretary Ash Carter said the U.S. "will not be deterred in our mission to protect our homeland and help Afghanistan secure its own future."

The Taliban claimed responsibility for the attack, saying it had planned it for months. Officials said they're investigating how the bomber accessed the base.