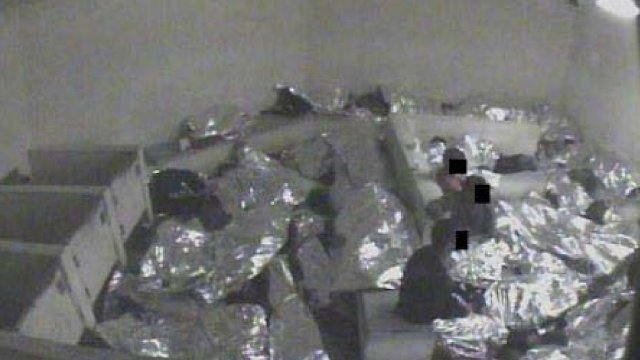 The suit, known as Doe v. Wolf, was originally filed in June 2015 by the ACLU of Arizona and several other organizations.

U.S. District Court for the District of Arizona

A lawsuit challenging the conditions in some Border Patrol facilities in Arizona has finally gone to trial — nearly five years after it was first filed.

The bench trial kicked off Monday morning at the U.S. District Court in Tucson. According to the Associated Press, it's expected to last about two weeks.

The suit, known as Doe v. Wolf, was originally filed in June 2015 by the ACLU of Arizona and several other organizations.

It accuses multiple Border Patrol facilities in Arizona of holding migrants in "inhumane and punitive conditions." Photos submitted as evidence back in 2015 showed rusty toilets, detainees sleeping under aluminum blankets on the floor of a crowded cell, and a woman changing her child's diaper among trash and litter.

And advocates say immigrants are still being held for long periods of time in freezing and filthy conditions. Border Patrol didn't respond to requests for comment on the case.