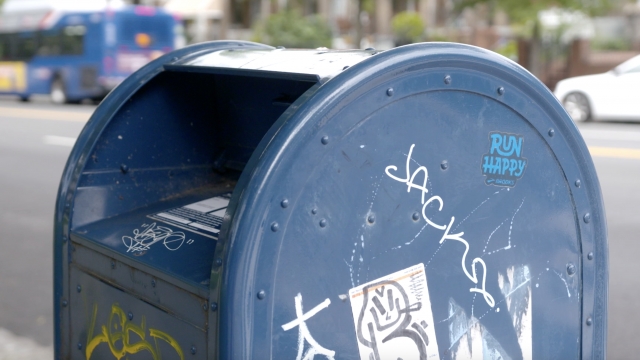 The removal of mailboxes this summer was likely unrelated to President Trump's opposition to mail voting, a Newsy examination of postal records show.

Photos spread online this summer of the postal service hauling away mail collection boxes from street corners just as President Trump ramped up his unfounded warnings about voting by mail.

Yet postal records we obtained through the federal Freedom of Information Act show no evidence the mailbox reductions were all that unusual or linked to the upcoming election.

Instead, the records back up Postmaster General Louis DeJoy who told Congress that the removals continued a long trend of cutting back mail drop-off locations as usage goes down.

"This is a normal process that’s been around 50 years," DeJoy testified in a U.S. Senate committee Aug. 21.

The records reveal the postal service took away 732 mailboxes between mid-June, when DeJoy’s tenure began, and mid-August, when he suspended removals after backlash.

Twice as many mailboxes were taken out in these two months compared to the same time last year, but eliminations for 2020 are still below each of the past three years.

"It’s really not something surprising," said Paul Steidler, who studies the postal service as a senior fellow at the Lexington Institute. "It’s certainly not anything anyone should be worried about or alarmed about."

Only 15 states had more than a dozen mailboxes hauled away this summer.

They were a mix of Democratic- and Republican-leaning states.

When the postal service takes mailboxes offline, they’ll often do a bunch at once, possibly explaining those alarming photos of multiple mailboxes on the move.

"It’s like getting bagels. It’s cheaper by the dozen," Steidler said. "It makes sense to do it with the economies of scale."

Newsy’s review of USPS records show that in many cases, a single mailbox was removed from a cluster where one remains today.

There are still over 140,000 blue mailboxes nationwide.