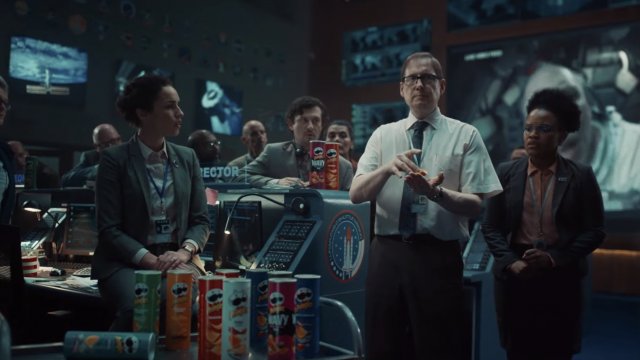 Pandemic, fatigued audience, scares some brands away from advertising during Super Bowl this year.

Advertisers are shelling out millions as usual for Super Bowl commercials. Unlike previous years, there are more factors to consider amid the pandemic and political division. Some major names are taking a pass. But as one ad executive told Newsy's Austin Kim, authenticity may be key for those choosing to move ahead with their Super Bowl spot.

When it comes to advertising, known commodities deliver in the big game, as John Patroulis knows.

"This is our fourth year in the Super Bowl with Pringles," said Patroulis.

His company Grey Global Group, helped the snack company with this big game spot. Deciding to go the humorous route.

"One, you have to understand your audience and what the context is. But you also can't change who you are just to meet that, because that would be inauthentic and that would never be received," he said.

But Pringles and other advertisers had to wrestle with a dilemma because...let's be honest, 2020 was a lot. Brands have to appeal to a fatigued audience and hit the right tone according to Derek Rucker from Northwestern University.

Rucker said: "If we're too happy go lucky we have the potential of seeming out of touch with reality. If we're too serious, we might actually strike the wrong chord with people who are watching. I want to be entertained. I want to forget about all this stuff."

Some brands are avoiding the debate all together.

Despite its acclaimed ads, Hyundai will steer clear of a 30-second Super Bowl spot, which is worth a reported $5.5 million this year.

Coke and Pepsi won't be airing ads. Same goes for Budweiser, although you will see Anheuser-Busch brands like Bud Light or Michelob Ultra.

"Although some people are going to have parties, there might be a lot of viewership detached. We call it social proof. This is a funny add. But if we're watching in smaller pockets, it may not have the same effect. And so I want to see the plan of what this is not the year to make the investment," said Rucker.

Both Rucker and Patroulis say we will see a variety of approaches, including ones that take a stand on social issues like newcomer Chipotle.

"That opens doors for new players and new new brands and new people that feel like this is the right moment.it comes down to your brand authenticity and how you feel like you can show up and what is the right thing for you to be doing in this moment?" said Patroulis.

Now that the hard work is over, Patroulis is going to sit back and enjoy the game like the rest of us. What's he watching for? He says, simplicity and surprise.