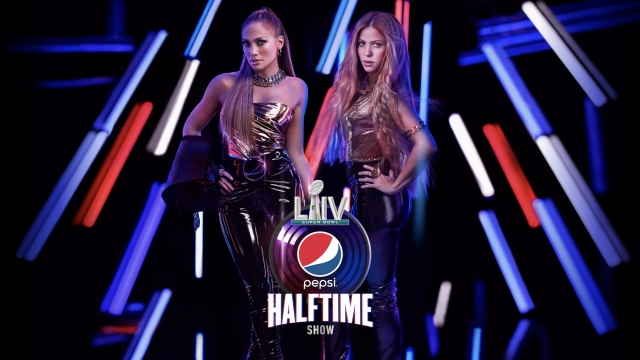 The 2020 Super Bowl halftime show isn't just going to be a medley of Jennifer Lopez and Shakira's greatest hits — it's also slated to be a grand celebration of Latin culture.

It's easy to see why the two were selected as co-headliners. Lopez has sold more than 75 million records — when she wasn't entertaining fans on the big and small screens. And Shakira is a global Latin music icon and one of the most-streamed female artists of all time.

While Latin artists like Gloria Estefan and Enrique Iglesias have performed at past Super Bowl halftime shows, this'll be the first time two Latina performers will take the stage together as headliners.

Their selection comes a year after the NFL was criticized for picking Maroon 5 to perform at the 2019 Super Bowl halftime show in Atlanta. The city is widely seen as the capital of southern hip-hop, so some felt the league should have chosen a homegrown main act.

But Shakira and Lopez certainly seem like a good fit for this year's game in Miami — a city where more than 70% of the population is Hispanic.

"It sends an important message to everyone," Lopez told the NFL.

"It's going to mean a lot for our community here in the U.S. and abroad," said Shakira.

"And for women," Lopez added.

Latin artists have been part of the American music scene for more than a century. Latin music came to the U.S. in the early 1900s with the introduction of ballroom dance genres like Argentine tango and kept gaining ground as rumba and salsa took off.

Nowadays, Latin is one of the top five most-listened-to music genres in the U.S., surpassing country music and EDM.

That's at least partly because Latin music has exploded on streaming platforms like Spotify and YouTube. Spanish-language songs have consistently dominated the latter's list of its most watched music videos since 2017.

And Luis Fonsi and Daddy Yankee's 2017 hit song "Despactio" was watched more than 6.5 billion times on YouTube, making it the most streamed music video of all time.

Shakira and Lopez's halftime show is certainly a chance for them to boost their own careers. More than 100 million people on average tune in to watch the big game and many halftime artists see significant spikes in album sales after their performances.

But their collaboration could also open more doors for Latin musicians by enticing advertisers to work with them in the future and prompting other businesses to similarly put diversity front-and-center.

After all, almost 20% of Americans identify as Hispanic or Latino, making them the second-largest ethnic group in the country.