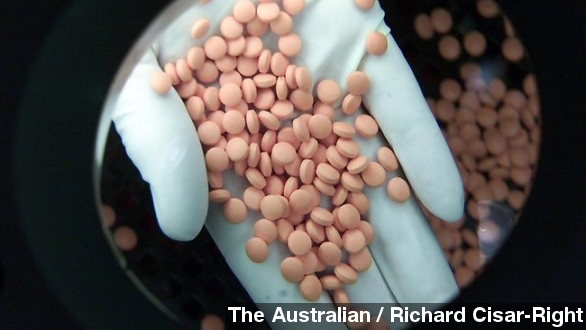 New information published Sunday shows up to a century of medical advances could be lost because of new superbugs that are immune to antibiotics.

A group of more than two dozen scientists in Europe is warning superbug illnesses that render traditional antibiotics useless are on the rise and could get out of control in a matter of years.

That dire warning was published over the weekend after new research showed future drug resistance and superbug development will likely be tied to overuse of common antibiotics. The scientists say almost a century of medical advances could be lost as a result. (Via BBC)

Which sounds intense, but the researchers are chalking it up to what they're calling a "post-antibiotic era."

In the data published Sunday, medical journal The Lancet reads in part: "Within just a few years, we might be faced with dire setbacks, medically, socially, and economically, unless real and unprecedented global coordinated actions are immediately taken." (Via The Lancet)

Fox News quoted one of the scientists who said if antibiotics lose their effectiveness, health care costs could sharply rise because of measures taken to create more effective drugs.

While scientists fear a rise in the mortality rate in the next couple decades, The Australian reported back in 2012 hundreds in Australia had already died from superbugs that developed resistance from drug overuse. The article didn't specify the time period during which those people died.

Back in September, CNN pointed out other warnings from the Centers for Disease Control and Prevention about this same problem. It says the CDC introduced threat levels to differentiate the dangers among different drug resistant infections.

The CDC estimates that in the U.S. millions suffer from drug-resistant illnesses.