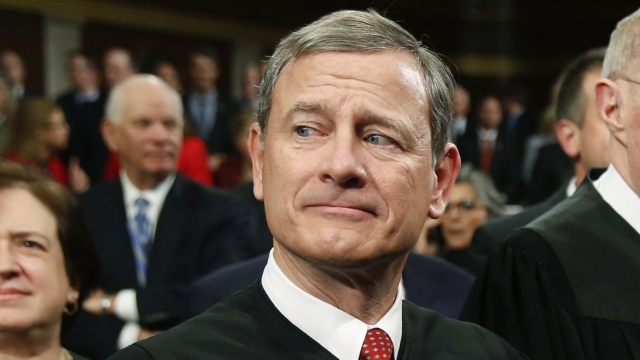 ​Chief Justice John Roberts agreed to a temporary stay of a previous ruling involving the release of grand jury material from the Mueller report.

The Supreme Court has paused the release of certain grand jury evidence from former special counsel Robert Mueller's report to a House panel.

Last year, a U.S. district judge ordered the Justice Department to give the House Judiciary Committee an unredacted version of the Mueller report. An appeals court upheld that decision in March, ruling that the House committee has a "compelling need" to view the full findings as part of its investigation into whether President Donald Trump obstructed Mueller's probe.

The DOJ had until May 11 to turn over the material. But on Thursday, the Trump administration asked the Supreme Court to put the deadline on hold while the DOJ prepares its appeal.

On Friday, Chief Justice John Roberts agreed to a temporary stay while the court considers what to do next. Roberts also gave the House committee until May 18 to file its response to the the administration's request.