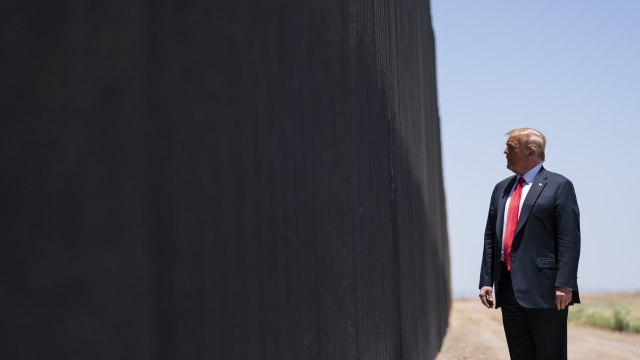 The Supreme Court's conservative majority has given President Trump the go-ahead to resume construction of his border wall by using funds diverted from the defense department budget.

In his dissent for the four liberal justices, Justice Stephen Breyer said they would have suspended construction until the issue is resolved in court.

A panel for the 9th Circuit Court of Appeals ruled President Trump illegally circumvented Congress last year by declaring a national emergency to fund the wall. The emergency authorized $2.5 billion in defense spending.

Last summer, in a similar 5-4 decision, the Surpreme Court ruled the Trump administration was allowed to use the funds.

The Supreme Court is unlikely to take up the case again before the 2020 election.