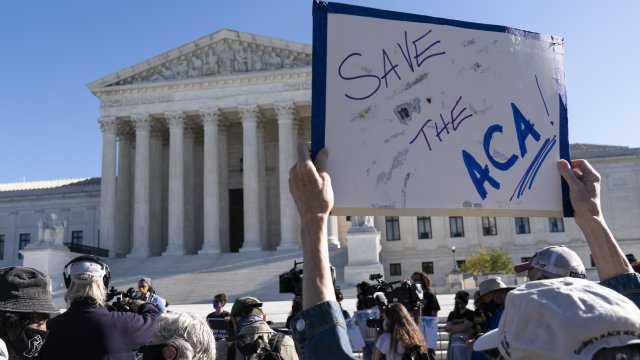 Justices wrapped up the first day of arguments in a case Republicans hoped would dismantle a key component of the Affordable Care Act.

At issue: the individual mandate. That's the provision that requires most Americans to have health insurance or face a penalty.

But the Republican-led Congress reduced that fine to $0 in 2017.

Republicans argue that move was meant to kill the law.

"I think it's hard for you to argue that Congress intended the entire act to fall, if a mandate were struck down when the same Congress that lowered the penalty to zero did not even try to repeal the rest of the act. I think, frankly, that they wanted the court to do that. But that's not our job."